1- Israel has subjected the Palestinian people for 73 years to an ongoing catastrophe, known as the Nakba, a process that included massive displacement, ethnic cleansing, war crimes, and crimes against humanity ;

2- Israel has established an apartheid regime on the entire territory of historic Palestine and directed toward the whole of the deliberately fragmented Palestinian people ; Israel itself no longer seeks to hide its apartheid character, claiming Jewish supremacy and exclusive Jewish rights of self-determination in all of historic Palestine through the adoption in 2018 by the Knesset of a new Basic Law ;

3-The apartheid character of Israel has been confirmed and exhaustively documented by widely respected human rights organizations, Adalah, B’Tselem, Human Rights Watch, and in the UN ESCWA academic study that stresses the importance of defining Israeli apartheid as extending to people rather than limited to space, [“Israeli Practices towards the Palestinian People and the Question of Apartheid,” UN ESCWA, 2017] ;

4- Israel periodically unleashes massive violence with devastating impacts on Palestinian civilian society, particularly against the population of Gaza, which endures widespread devastation, collective trauma, and many deaths and casualties, aggravated by being kept under an inhuman and unlawful blockade for over 14 years, and throughout the humanitarian emergency brought about by the COVID pandemic ;

5- Western powers have facilitated and even subsidized for more than seven decades this Israeli system of colonization, ethnic cleansing, and apartheid, and continue to do so diplomatically, economically, and even militarily.

i- The Universal Declaration of Human Rights which stipulates in its first article that ’all human beings are born free and equal in dignity and rights.’ And taking account that the inalienable right of self-determination is common Article 1 of the International Covenant on Civil and Political Rights and the International Covenant on Economic, Social, and Political Rights, and as such, a legal and ethical entitlement of all peoples.

ii- The International Convention on the Suppression and Punishment of the Crime of Apartheid which stipulates in Article I that ’apartheid is a crime against humanity and that inhuman acts resulting from the policies and practices of apartheid and similar policies and practices of racial segregation and discrimination, as defined in article II of the Convention, are crimes violating the principles of international law, in particular the purposes and principles of the Charter of the United Nations, and constituting a serious threat to international peace and security.’ The States Parties to this Convention undertake in accordance with Article IV :_  “(a) To adopt any legislative or other measures necessary to suppress as well as to prevent any encouragement of the crime of apartheid and similar segregationist policies or their manifestations and to punish persons guilty of that crime ;_  “(b) To adopt legislative, judicial and administrative measures to prosecute, bring to trial and punish in accordance with their jurisdiction persons responsible for, or accused of, the acts defined in article II of the present Convention, whether or not such persons reside in the territory of the State in which the acts are committed or are nationals of that State or of some other State or are stateless persons.”

The endorsers of this document :

A- Declare their categorical rejection of the apartheid regime set up on the territory of historic Palestine and imposed on the Palestinian people as a whole, including refugees and exiles wherever they might be in the world.

B- Call for the immediate dismantling of this apartheid regime and the establishment of a democratic constitutional arrangement that grants and implements on all the inhabitants of this land equal rights and duties, regardless of their racial, ethnic, and religious identities, or gender preferences, and which respects and enforces international law and human conventions, and in particular gives priority to the long deferred right of return of Palestinian refugees expelled from their towns and villages during the creation of the State of Israel, and subsequently.

C- Urge their governments to cease immediately their complicity with Israel’s apartheid regime, to join in the effort to call for the dismantling of apartheid structures and their replacement by an egalitarian democratic governance that treats everyone subject to its authority in accordance with their rights and with full respect for their humanity, and to make this transition in a manner sensitive to the right of self-determination enjoyed by both peoples presently inhabiting historic Palestine.

D- Call for the establishment of a National Commission of Peace, Reconciliation, and Accountability to accompany the transition from apartheid Israel to a governing process sensitive to human rights and democratic principles and practices. In the interim, until such a process is underway, issue a call for the International Criminal Court to launch a formal investigation of Israeli political leaders and security personnel guilty of perpetuating the crime of apartheid.

* Academics, artists and intellectuals can endorse this declaration by completing this form.

* Institutional affiliations are given only for identification purposes

* Academics, artists and intellectuals can endorse this declaration by completing this form. 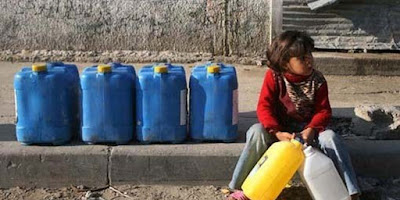