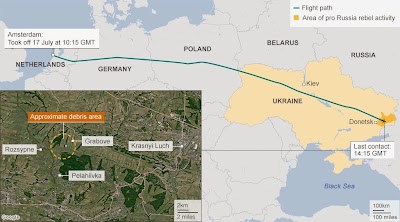 Prime Minister of Malaysia Najib Razak made public in Facebook the agreement reached in order to obtain black boxes from flight MH17 and access to crash site of civilian aircraft downed last July 17 in Ukraine, while United Nations Security Council adopted a draft text presented initially by Australia. The australian draft has been shared with medias: we read in The Guardian last weekend that: "Australia – which lost 36 citizens and residents – circulated a draft text, seen by Reuters, to the 15-member security council late on Saturday and diplomats, speaking on condition of anonymity, said it could be put to a vote as early as Monday". An exclusive note of Reuters on the australian draft, entitled "Exclusive - U.N. Security Council mulls resolution on Ukraine crash site access" confirms it. The definitive version of the shared-with-medias draft has been carefully reviewed by delegates (see press note on wording changes) becoming Resolution S/RS/2166 (2014) unanimously adopted by UN Security Members on Monday, July 21. Both texts (Prime Minister of Malaysia Agreement and Security Council Resolution) are reproduced below. Official statements made by delegations of Security Council after the adoption of the resolution are available here. While international efforts are done to obtain and secure vital information, to guarantee access to the site and to investigate in depth the crash of flight MH17, Canadian top officials felt sure enough to endorse very soon a responsability of Russia (see declarations of Canadian Primer Minister and Minister of Foreign Affairs). A position not supported by any other Head of States in american hemisphere. The responsibility of the crash and the circumstances in which it took place are questions, among some others, that intelligence seniors from United States are still trying to answer (see note).

In recent days, we have been working behind the scenes to establish contact with those in charge of the MH17 crash site.

That contact has now been made. Under difficult and fluid circumstances, we have been discussing the problems that have occupied us all: securing vital evidence from the aircraft, launching an independent investigation, and above all recovering the remains of those who lost their lives. Tonight, we have established the basis of an agreement to do just that. Earlier this evening I spoke to Alexander Borodai, who is in command of the region where the tragedy occurred. We have agreed the following:

· Firstly, the remains of 282 people, currently in Torez, will be moved by train to Kharkiv, where they will be handed over to representatives from the Netherlands. The train will depart this evening Ukraine time, and will be accompanied by six Malaysian members of the recovery team. The remains will then be flown to Amsterdam on board a Dutch C130 Hercules, together with the Malaysian team. Following any necessary forensic work, the remains of Malaysian citizens will then be flown home to Malaysia.

· Secondly, at approximately 9pm tonight Ukraine time, the two black boxes will be handed over to a Malaysian team in Donetsk, who will take custody of them.

· Thirdly, independent international investigators will be guaranteed safe access to the crash site to begin a full investigation of the incident.

I must stress that although agreement has been reached, there remain a number of steps required before it is completed.

There is work still to be done, work which relies on continued communication in good faith. Mr Borodai and his people have so far given their co-operation.

I ask that all parties continue to work together to ensure that this agreement is honoured; that the remains of our people are returned, that the black box is handed over, and that the international team is granted full access to the site.

Only then can the investigation into MH17 truly begin; only then can the victims be afforded the respect they deserve. We need to know what caused the plane to crash, and who was responsible for it, so that justice may be done.

In recent days, there were times I wanted to give greater voice to the anger and grief that the Malaysian people feel. And that I feel. But sometimes, we must work quietly in the service of a better outcome. I understand that for the families, nothing can undo this damage. The lives taken cannot be given back; the dignity lost cannot be regained.

My heart reaches out to those whose loved ones were lost on MH17. We hope and pray that the agreement reached tonight helps bring them a clear step towards closure.

Deploring the downing of a civilian aircraft on an international flight, Malaysia Airlines flight MH17, on 17 July in Donetsk Oblast, Ukraine, with the loss of all 298 passengers and crew on board,

Reaffirming the rules of international law that prohibit acts of violence that pose a threat to the safety of international civil aviation and emphasizing the importance of holding those responsible for violations of these rules to account,

Stressing the need for a full, thorough and independent international investigation into the incident in accordance with international civil aviation guidelines, noting in this regard the crucial role played by the International Civil Aviation Organization (ICAO) in aircraft accident and incident investigations, and welcoming the decision by ICAO to send a team to work in coordination with the Ukrainian National Bureau of Incidents and Accidents Investigation of Civil Aircraft in this investigation, following a request for assistance by Ukraine to ICAO and others,

Expressing serious concern that armed groups in Ukraine have impeded immediate, safe, secure and unrestricted access to the crash site and the surrounding area for the appropriate investigating authorities, the Organization for Security and Cooperation in Europe (OSCE) Special Monitoring Mission in Ukraine and representatives of other relevant international organizations assisting the investigation in accordance with ICAO and other established procedures,

1. Condemns in the strongest terms the downing of Malaysia Airlines flight MH17 on 17 July in Donetsk Oblast, Ukraine resulting in the tragic loss of 298 lives;

2. Reiterates its deepest sympathies and condolences to the families of the victims of this incident and to the people and governments of the victims’ countries of origin;

3. Supports efforts to establish a full, thorough and independent international investigation into the incident in accordance with international civil aviation guidelines;

4. Recognizes the efforts under way by Ukraine, working in coordination with ICAO and other international experts and organizations, including representatives of States of Occurrence, Registry, Operator, Design and Manufacture, as well as States who have lost nationals on MH17, to institute an international investigation of the incident, and calls on all States to provide any requested assistance to civil and criminal investigations related to this incident;

5. Expresses grave concern at reports of insufficient and limited access to the crash site;

6. Demands that the armed groups in control of the crash site and the surrounding area refrain from any actions that may compromise the integrity of the crash site, including by refraining from destroying, moving, or disturbing wreckage, equipment, debris, personal belongings, or remains, and immediately provide safe, secure, full and unrestricted access to the site and surrounding area for the appropriate investigating authorities, the OSCE Special Monitoring Mission and representatives of other relevant international organizations according to ICAO and other established procedures;

7. Demands that all military activities, including by armed groups, be immediately ceased in the immediate area surrounding the crash site to allow for security and safety of the international investigation;

8. Insists on the dignified, respectful and professional treatment and recovery of the bodies of the victims, and calls upon all parties to ensure that this happens with immediate effect;

9. Calls on all States and actors in the region to cooperate fully in relation to the international investigation of the incident, including with respect to immediate and unrestricted access to the crash site as referred to in paragraph 6;

10. Welcomes in this regard the statement on 17 July 2014 by the Trilateral Contact Group of senior representatives of Ukraine, the Russian Federation and the OSCE and demands that the commitments outlined in that statement be implemented in full;

11. Demands that those responsible for this incident be held to account and that all States cooperate fully with efforts to establish accountability;

12. Urges all parties to the Convention on International Civil Aviation to observe to the fullest extent applicable, the international rules, standards and practices concerning the safety of civil aviation, in order to prevent the recurrence of such incidents, and demands that all States and other actors refrain from acts of violence directed against civilian aircraft;